Your shopping cart is empty

The relationships we create with one another are what make life truly worth living. But sometimes, those bonds end too soon.  So many find themselves wishing they could have a few more precious moments with loved ones that have passed on or live far away, even if only to give other important people in their life a chance to meet them and see how special they were. PaintYourLife unites people through beautiful custom handpainted portraits, making it possible to bring those loved ones together. 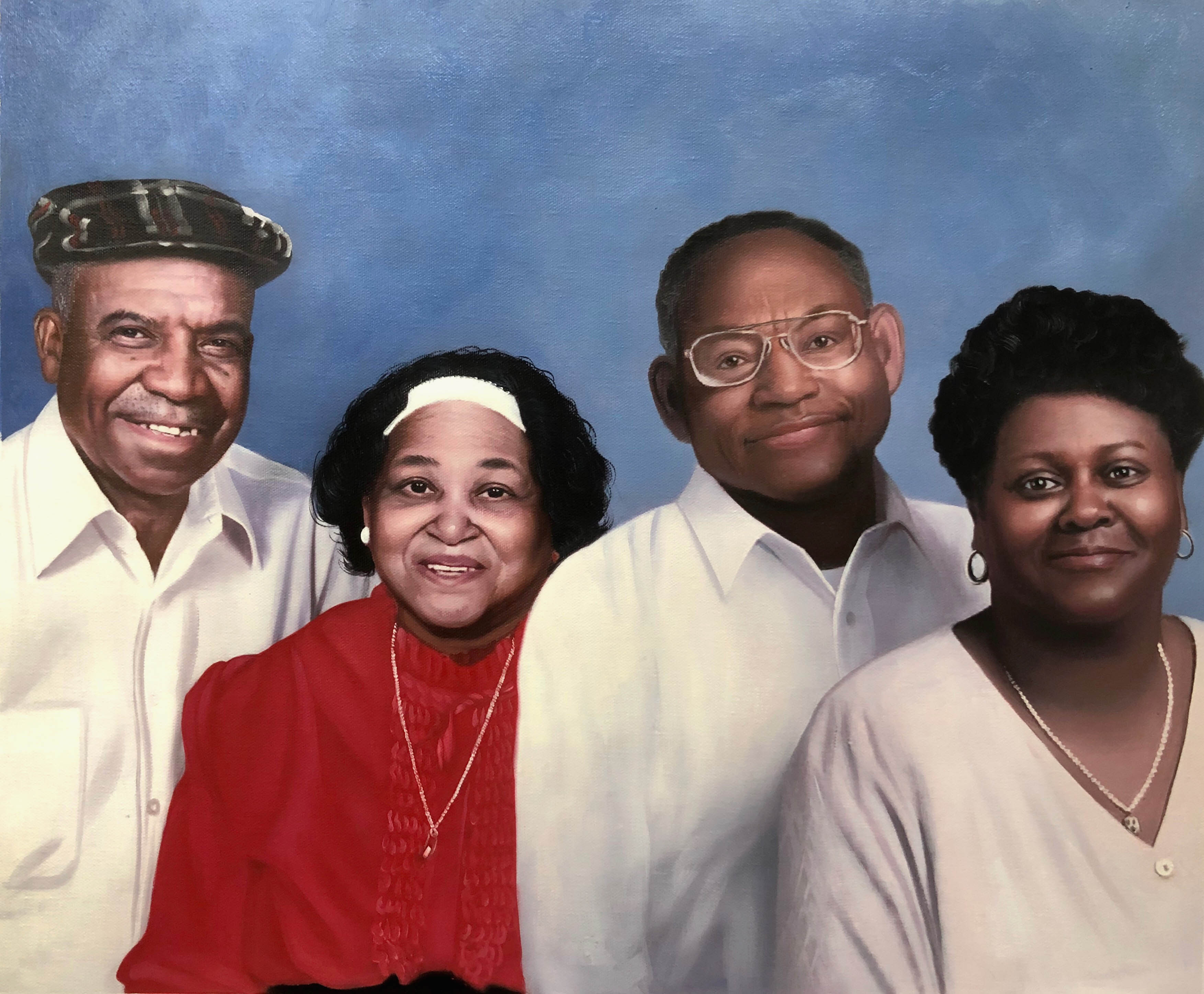 While it’s impossible to turn back the clock and travel back in time, there’s another way to bring people together who never had the chance to meet. Expert portrait painters at PaintYourLife are able to skillfully put together multiple photos, creating a special new memory.

Turn your memories into a handpainted masterpiece.

Here are some of our favorite experiences customers have shared with us.

Uniting Grandmother with Her Grandchildren

Keshara wanted to surprise her husband with a really thoughtful, meaningful gift for Christmas. She knew that he really took it hard when his grandmother passed away shortly after their oldest son celebrated his first birthday. He really wished his grandma could have met his youngest child.

So Keshara decided to bring them together. She sent a picture of his grandmother holding their oldest child on his first birthday and a photo of herself holding their youngest to PaintYourLife. An expert portrait painter put the two pictures together to make it look as though Grandma was holding both of them in her arms. To say Keshara’s husband loved the gift is an understatement! He was overcome with emotion when he saw it.

Christina’s mother never had all three of her daughters together while they were young, so she didn’t have any photos of them together. The four of them had recently planned a little reunion, but those plans changed when hurricane Irma hit Puerto Rico. Christina knew how heartbroken her mother felt. So she decided to bring her sisters together another way.

Christina sent a few childhood photos of her and her sisters to PaintYourLife. Then, one of PaintYourLife’s resident artists created a beautiful oil painting of the three of them together, smiling and embracing one another. Christina figured the gift would be a hit, but she had no idea just how much the painting would impact her mother. It’s something she’ll cherish forever.

When all of Autumn’s grandparents were alive, they never took a photo together of just the four of them. So when Christmas came around, she decided to unite all of her grandparents together in a custom family portrait.

She sent two separate photos into PaintYourLife, one of her maternal grandparents and another of her paternal grandparents. Then, a portrait painter created an oil painting of the four of them. She surprised her parents with the gift on Christmas morning. They absolutely loved it. Everyone who saw it was moved to tears!

Anna’s mother, Denise, passed away in a tragic accident back in 2004. When Anna and Derek got married in 2012, they were married on Denise’s birthday to honor her memory. Though Anna missed her mother all the time, what she regretted most was that her mother never had the chance to meet her two grandchildren.

Derek decided to surprise Anna with a really special gift. He sent three photos of Anna’s mother, their 5-year-old son Ezra, and their 3-year-old daughter Ella to PaintYourLife. Then, a skilled artist created a masterpiece. Anna was so touched. It’s a memento she’ll treasure forever.

PaintYourLife unites people who never had the chance to meet. Honor a loved one’s cherished memory with a handpainted masterpiece with PaintYourLife.